7 benefits of playing a musical instrument for the mind

From a young age, we’ve been told that music is good for us. It’s even rumoured that just listening to classical music can make you smarter – though if you take a look at the scientific evidence, the jury’s still out on that.

But what about playing a musical instrument?

Playing an instrument is a rich experience for the mind. It draws together the senses of sight, sound and touch in a harmonious way. Think of it like a fun workout for the mind – or, if you’re planning on learning the drums, a physical workout too! 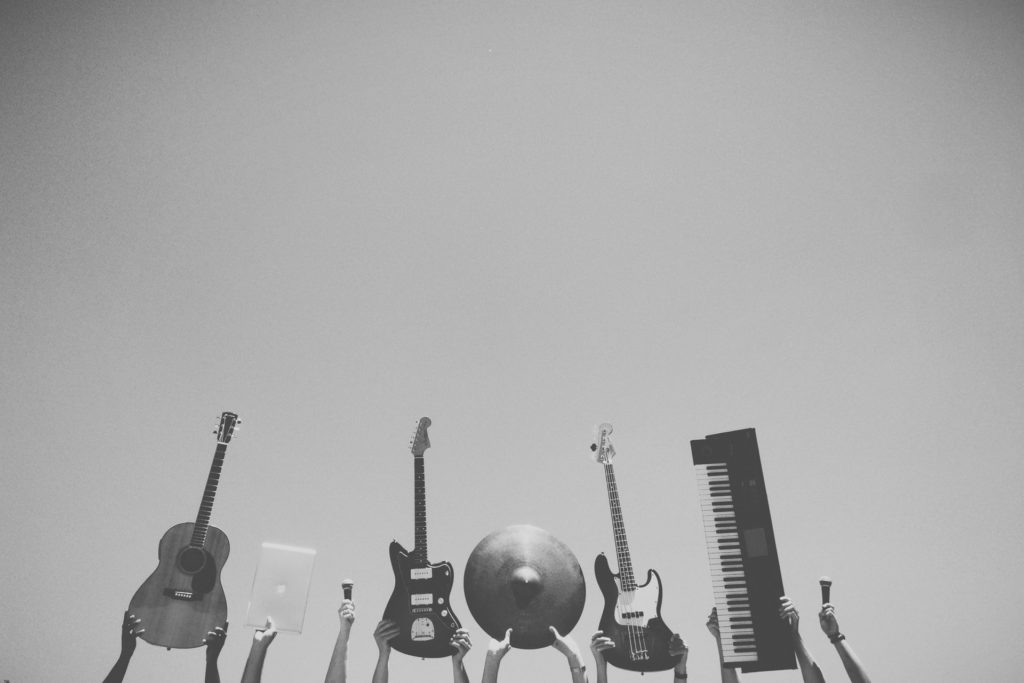 As you’ll see from the many benefits listed below, several studies have agreed that learning to play a musical instrument does wonders for the mind.

Not only can learning an instrument make us smarter, but it’s shown to boost our mental health too.

The good news is that your skill level doesn’t appear to affect the benefits gained from playing an instrument. Even just playing for a few minutes at your own level, whenever you get a chance, will have positive effects on your brain.

But while it’s all well and good knowing that learning to play an instrument is beneficial for the mind, it’s nice to know what exactly the benefits are and how it helps our and our children’s brains to flourish.

So, we’ve pulled together a list of all the known benefits, as well as some scientific studies to back them up!

Someone count us in? 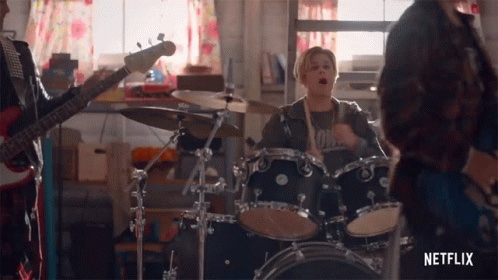 7 ways that playing an instrument benefits your brain

Musicians might actually have bigger brains. In one study, they scanned brains from musicians and non-musicians of the same age. The results found that the corpus callosum – the bundle nerves that connect the two sides of the brain – is significantly larger in musicians.

Some people weren’t convinced whether or not this larger brain matter was as a result of learning to play instruments, or whether they naturally had larger areas of their brain which gave them a predisposition to become musicians later on in life.

So, in another study, they measured the brains of children who took musical training over 14 months. Even in this relatively short period of time, they observed structural changes in the brains, as well as enhanced motor and auditory skills.

You could think of it like working out. When you use a muscle, it grows and becomes stronger. As we mentioned in the introduction, learning to play music is like a workout for the brain.

You’re reading and interpreting the music, while using hand-eye coordination to play or sing the notes written on the page. Some melodies and rhythms are particularly hard to master and take a lot of practice.

So, if you play an instrument, next time someone calls you big-headed, you can tell them why! 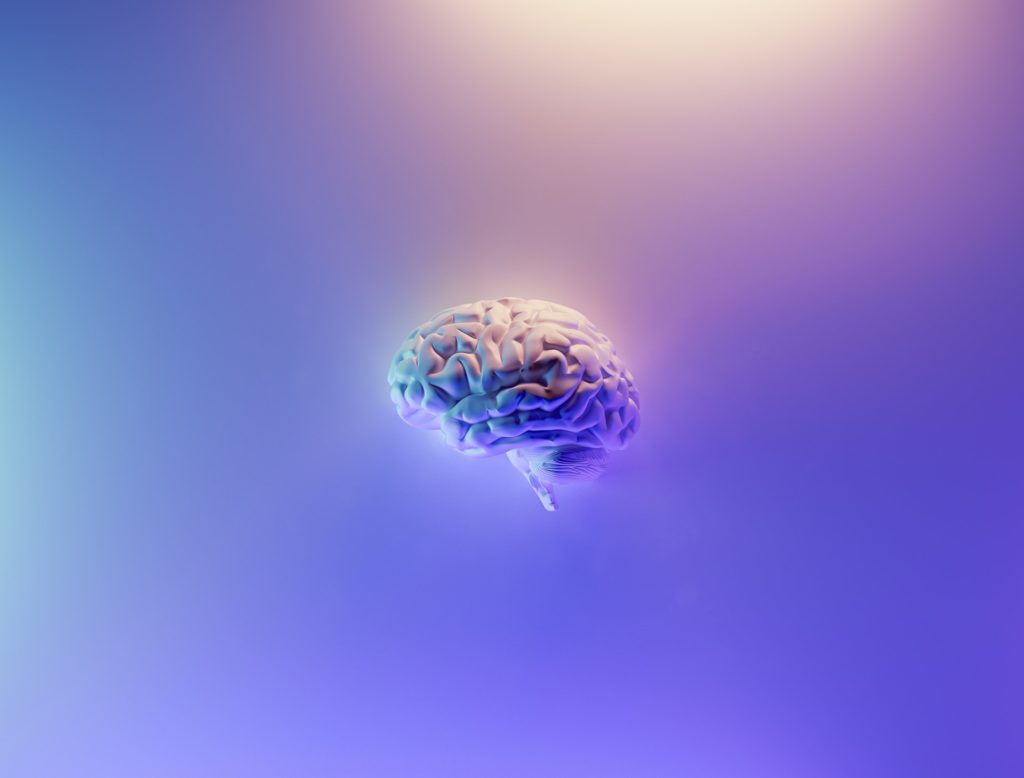 Several studies have shown that people who have learned a musical instrument have better memory than those who haven’t.

We’re not saying that all musicians have photographic memory, but it’s very likely that someone who plays an instrument has better memory than if they hadn’t learned to play it.

In one study, it was found that adults who had taken music lessons in their childhood had increased verbal memory – in other words, they’re better at remembering spoken words.

This is of course great for children who are taking exams in school and need to remember stuff they’ve been taught in lessons – but it’s also great for adults who are looking to keep their minds young and healthy.

In fact, another study found that learning an instrument can help to protect the brain from developing cognitive impairment and dementia later in life!

Throw out the old brain training games, playing music is the key to upping your IQ levels.

Research by Harvard Medical School Neurologist Marie Forgeard showed that music lessons improved general IQ. Schooling and education is known to increase our IQ and music lessons are an extra – but way more fun – form of ‘schooling’. When we learn an instrument, we have to focus our attention, memorise pieces of music to play until we’re able to play it without the music sheet and continually work on improving our finer technical skills.

Fun fact for the singers – this research in particular found that those in the singing group experienced the biggest growth in IQ.

Another study by York University found that 90% of children who took music lessons scored higher on verbal intelligence than those who didn’t. Verbal intelligence is your ability to analyse information and solve problems by discussing it. They found similar results when conducting the study with adults too.

Who knows, maybe after a few lessons with RockAcad you’ll be invited to join MENSA!

4. Helps you to perform better academically

What if learning music made you better at maths? Well, in some studies, it’s been shown to!

When you learn to read music, a key component includes counting notes and rhythms – which is thought to make you better at maths. An evaluative study by Bernard Friedman revealed that children who play an instrument tend to be better at maths than those who didn’t. But it’s not just maths, they were found to achieve better grades in general.

One study published in the Psychology of Music suggested that children who learned music for a few years generally performed better in reading and comprehension. Another study found that children who engaged with music practice had enhanced literary skills.

It’s even been shown that children with dyslexia who went through a rhythmic training programme showed better ‘phonological awareness’ (speech processing) and improved spelling ability.

5. Helps you to make better decisions

It’s been said that by playing musical instruments, you’ll be a better decision-maker.

Again, when you’re learning to play an instrument, you’re having to focus your attention solely on the music. You have to interpret the written music pretty quickly too! Have you ever watched a musician’s eyes dart across the music sheet?

It’s no wonder that learning a new instrument helps to strengthen all of those aspects of the mind.

Learning to play an instrument doesn’t mean that you have to become a professional musician.

Most people love to play music as a hobby. It’s a more ‘productive’ way of relaxing than passively watching netflix or mindlessly scrolling on social media – which is actually proven to negatively affect your mental health.

Sometimes we all just need an opportunity to switch our minds off. The way that we focus on music gives you that opportunity to shut out the rest of the world and just make sweet, sweet music.

According to Suzanne Hanser – the chair of the music therapy department at the Berklee College of Music in Boston – making music can help to not only improve physical aspects of our health, but can also lessen anxiety and depression. She even mentions how playing an instrument can boost the immune system too!

McMaster University found that even babies can reap the mood-boosting benefits of music classes. They found that babies who took interactive music classes were reported as smiling more – as well as showing better communication skills.

Plenty of artists use music as an outlet for their emotions. Whether it’s writing a song to work through your thoughts and feelings, singing your heart out or banging away at the drums – it can help to put you in a much clearer headspace afterwards.

7. Helps you to make new friends

Music has been known to bond people throughout history, all over the world.

Whether your child is moving to a new school and looking to make new friends, or you’re looking to widen your social circle as an adult, music is the ultimate ice breaker.

Socialising in itself is a great mental health booster – plus it works twice as well when it’s in the context of something you love.

You could look to join a band, organise a jam session with your friends, join a choir, an orchestra, go to an open mic night, or just attend gigs to see other people rocking your instrument too!

Ready to reap the mental benefits of learning a musical instrument?

At RockAcad, we deliver 1-2-1 music lessons virtually so that you or your child can attend from anywhere in the world!

Classes are taught by professional musicians who have their own thriving music careers – whether they’re writing and performing their own music or touring with famous artists.

We offer virtual music lessons for:

One of the points that came up over and over again throughout the studies mentioned in this article, was that the sooner the person began music lessons, the greater the overall effect on their brains and cognitive development.

So, the sooner you book yourself or your children in for music lessons with RockAcad, the more benefits you’ll all enjoy.

What are you waiting for? Book in for a free trial music lesson with RockAcad today!

Please note that some processing of your personal data using cookies may not require your consent where it is strictly necessary to provide you with our website and related services. For more information please refer to our Privacy Policy and
Manage options Manage services Manage vendors Read more about these purposes
View preferences
{title} {title} {title}
0
0
Your Cart
Your cart is emptyReturn to Shop
Continue Shopping